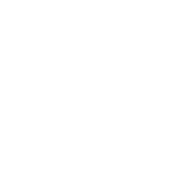 What games are available on Lasria?
Currently, you can play Glow On, Blob Time, Stampede Standoff, Target Gallery, Pyramids or Tower. In addition to the eventual RPG this site will host, Lasria will likely also offer more minigames in the future. Game controls (and sometimes instructions) for the currently selected game are available on the title screen for each game.

How do you play Glow On?
Using the arrow keys to move and the spacebar to jump, the goal of glow on is to reach the flag at the right of each level. There are a total of 4 distinctly different levels, each with its own set of challenges but you can expect to see moving platforms and bladed spikes in each level. Once you reach the fourth level, the game will continue with randomly generated platform dynamics for the fourth level indefinitely (and you can continue playing it for points). Alternatively, you can refresh the page to start again fresh from level 1, its up to you.

How do you play Blob Time?
Using the A and D keys to move, the spacebar to jump, and the S key to intentionally sacrifice slime, the goal of Blob Time is to reach the Star box at the end of each level. There are a total of 19 distinctly different levels, with 6 different world designs along with varying puzzler platformer mechanics. You will know you have won the game by reaching the gameover screen, and can refresh the page to restart.

How do you place Stampede Standoff?
Using the arrow keys to move, the goal is to try to avoid being pushed off the screen by the incoming herd. You have three lives, and each round there will be more members of the herd charging at you, so surviving the onslaught will take increased reflexes each time. Try to survive as long as possible to earn more points!

How do you play Target Gallery?
Use the arrow keys to aim and the spacebar to fire, with the goal being to break all the targets shown during each round. Each target is worth 1 point out of a total of 10. Go for 100%!

How do you play Pyramids?
Use left click to select a card. The goal of pyramids is to reach the card at the top of the pyramid. You can only reach the exposed cards which are not beneath other cards, and you can only remove a card from the pyramid when the sum of its value with your currently active card from the deck is 13. For example, a King would be 13 points outright, and can be immediately removed, but a Queen (12 points) would require your active card to be an Ace (1 point) for the total between the two to equal 13. You can chain this effect, so if your active card is a Jack (11 points) and you have both a Jack and a 2 exposed in the pyramid, you could click the 2 to make it your active card and then click the exposed Jack to remove both exposed cards.

How do you play Tower?
Use left click to select a card. The goal of tower is to reach the card at the top of the tower. You can only reach the exposed cards which are not beneath other cards, and you can only remove a card from the tower if it is either 1 point value above or below the value of the active card from the deck. For example, if your active card was a 4, you would be able to click on an exposed 5 or 3 in your tower to turn them into your new active card. You can chain this effect (such as clicking an exposed 7, then an exposed 8, then an exposed 9, and then another exposed 8), and kings are considered 1 below an ace.

Where do I go to request another game?
This forum is the appropriate place to request a new game be added.

Where do I go to report an exploit or bug with an existing game?
The support forum is the right place to report issues with the current games. Please note that Blob Time has a secret mechanic not advertised anywhere that is not an exploit or bug, but is just an unadvertised feature of that game's design.
Ten percent of nothin' is... let me do the math here... nothin' into nothin'... carry the nothin'...
Post Reply